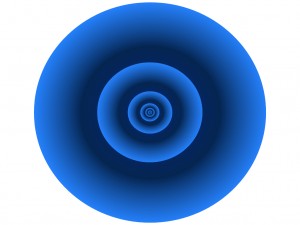 When we hear the word acuity, we might tend to think of it in relation to vision.   Our visual acuity is measured through tests to see if we perceive things at the distance that they reside (think about the “ideal” 20/20 vision).    The word acuity means ‘keenness of awareness’ or ‘sharpness of perception.’

In music therapy, one’s developed level of rhythmic acuity can:

The Rhythmic Acuity Measurement Scale, or RAMS, is a tool that assesses one’s current level of rhythmic acuity in eight different developmental categories.  This tool has the potential to be used  for the music therapist’s self-assessment and development, and also has the potential to be used to facilitate client assessment.   RAMS is a component of the Music Therapy Drumming curriculum.

Robbins’ Categories of (rhythmic) Response (1971) describes one’s contextual relationship to the musical qualities of rhythm (i.e. Robbins “pathological beating.”) Bruscia’s rhythm-related Improvisation Assessment Profiles (1987) seeks to analyze the music as a sound object itself (and, in my opinion, the IAP’s do so in a wonderfully comprehensive fashion!).  These two assessment tools of our field are duly noted for their own contributions.

RAMS differs in that is seeks to create a developmental scale, more so based on objective musical skill sets,and less based on one’s qualitative/contextual  relationship with the music, or one’s interpretation of music-as-object.   RAMS initially seeks to play a role in helping therapists to develop our own rhythmic acuity, so that we are continuing our development as musicians, and so that we are better able to work within the four music therapy methods.  Therapists may find that RAMS can also play a role in assessing particular clients, perhaps in conjunction with the above assessment tools, or with other standard assessment processes.

Over the next few weeks, we will be mentioning some of the categories within RAMS, and giving a brief overview.